I've always made pottery that was just as interesting on the under side as it was on the outside. So it was natural for me to at some point make plates that had no correct bottom and top where both sides could be used as the platter side. I had been creating large serving bowls playing with the idea of inside verses outside; I was using small slabs and creating ridges where the slabs met. The ridges were smoothed with my finger creating a highly textured ridge and finger lines. The result was something that would be expected on the outside of an interesting handmade bowl. Rather then keep the quite deep texturing to the outside, I turned the pattern inside out as it were. From there it was obvious the next step was simply eliminating the idea of right side up altogether. I kept using the small slabs to create the ridges, so not only would one side have a very deep texture, but the ridges and slabs could form the structure of the platters. 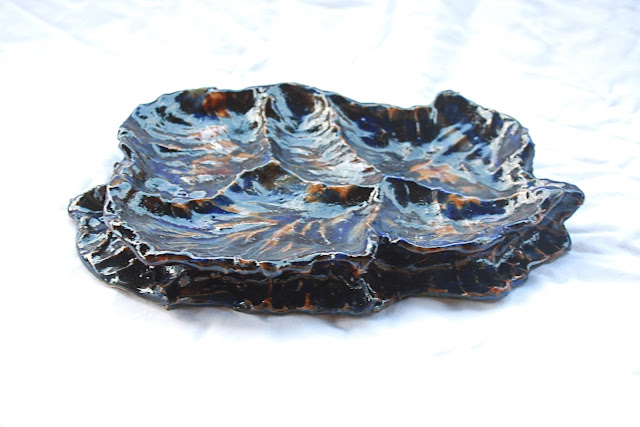 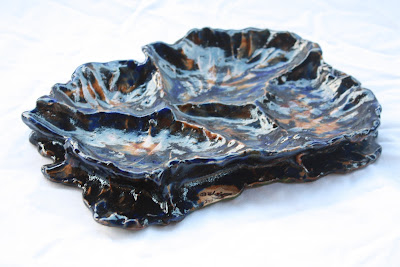 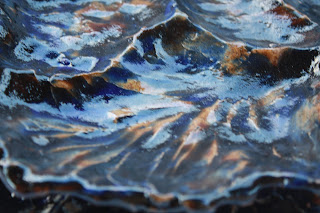 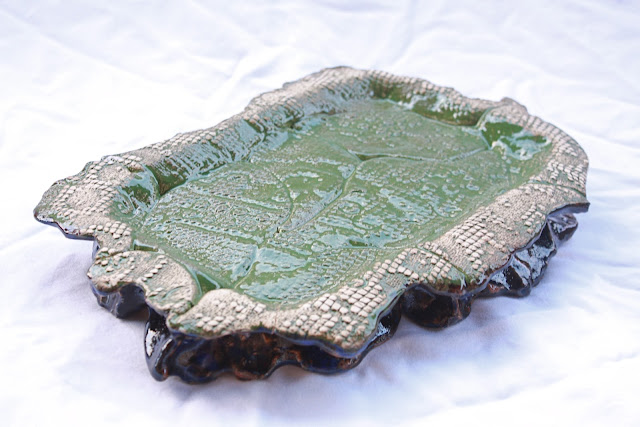 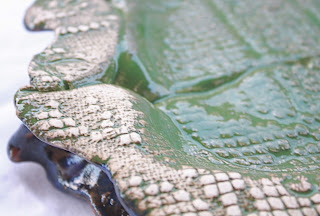 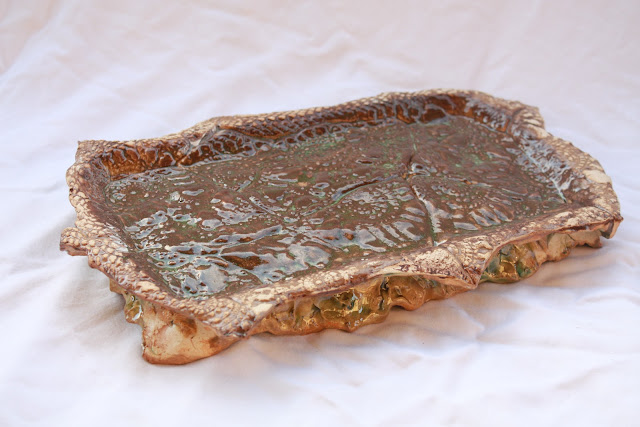 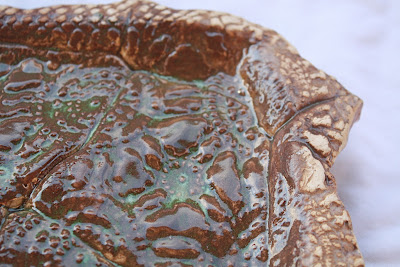 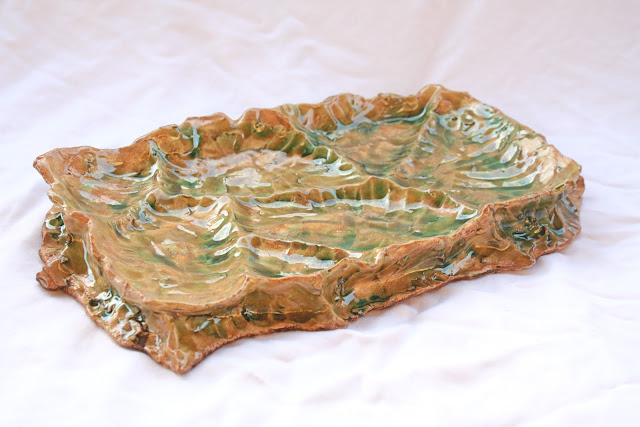 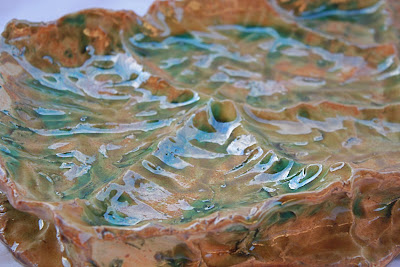