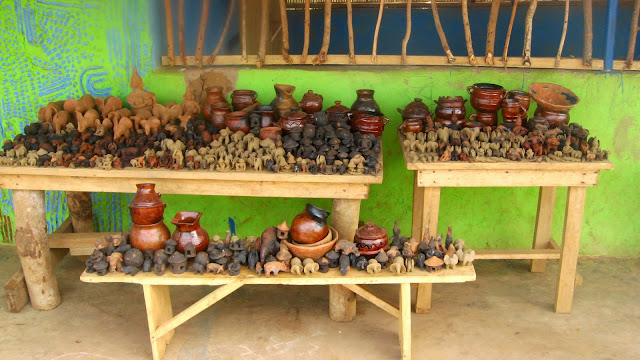 The Larabanga Ceramics Centre was established to try to bring revenue from tourist into the town of Larabanga. Larabanga sits on the edge of a national park, where in the past they used to hunt to supplement their incomes and diet. The park is now preserved land as part of a government park. Tourists, largely white, but also Ghanian's from other parts go to the park to see game and elephants. On the park there is a restaurant, hotel with a pool, park tours and truck rentals for further tours. Larabanga is about half an hours walk from the Mole National Park Hotel. Tourists often stop in Larabanga to see their mosque as it is the oldest mosque in west Africa. After seeing the mosque, tourists leave, as there is nothing else to do in the village.

The ceramics centre was set up to try to bring some revenue to the largely agrarian villagers. There had been a potter living in the village twenty years ago. Her grandchildren (now grandparents themselves) used to get her clay for her, showed us where to get it, and allowed us use of the land to gather clay after a ritual for the peace of the soul of their departed grandmother was performed.

To establish the Centre, I had to gain permission from the elders. I also had to receive land, as land in the village could not be bought. To get the land, they approached people who had empty land and asked weather they would give it to me. 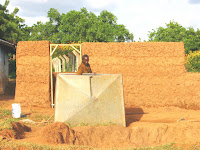 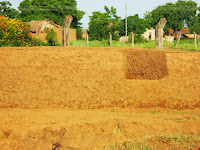 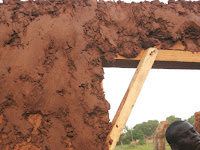 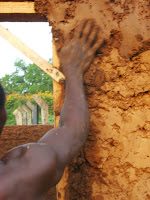 There was two workers who build the centre and one master builder. They used sandy mud dug from a pit out front. I had wanted a thatch roof, but it was the wrong time of year. I believe I wouldn't have been able to get the large size with a thatch roof. The workers were very amused when I jumped in the pit and helped dig the mud. 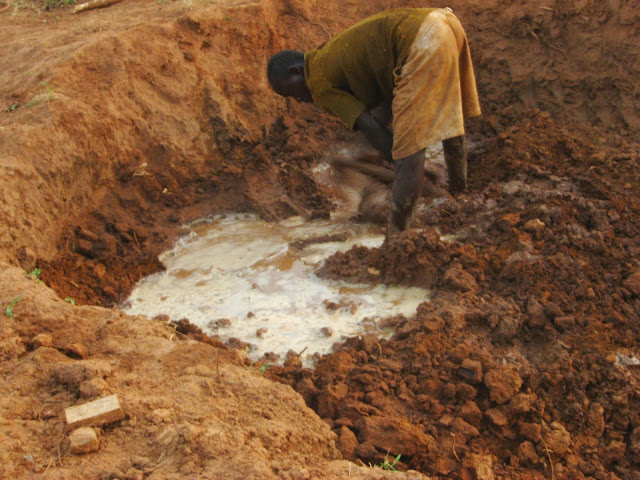 Having the local calendar put on the front 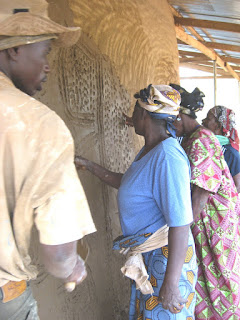 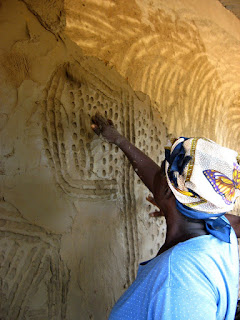 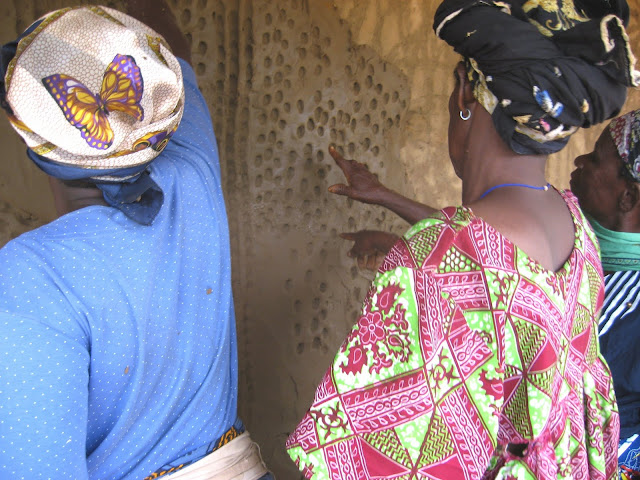 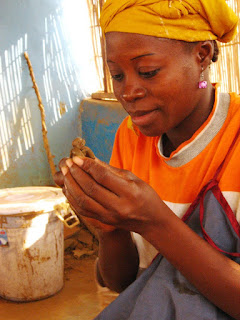 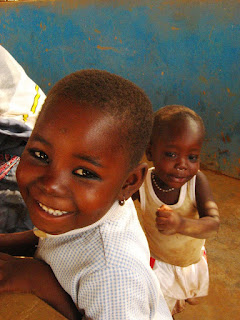 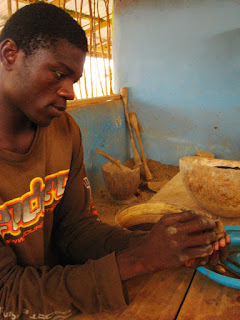 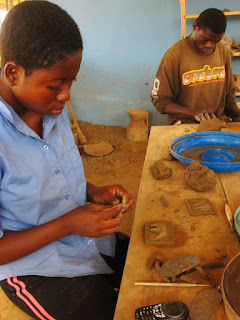 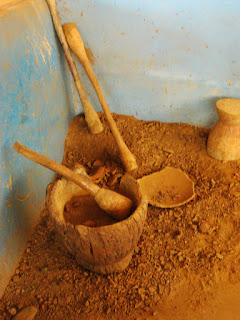 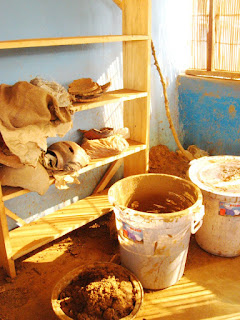 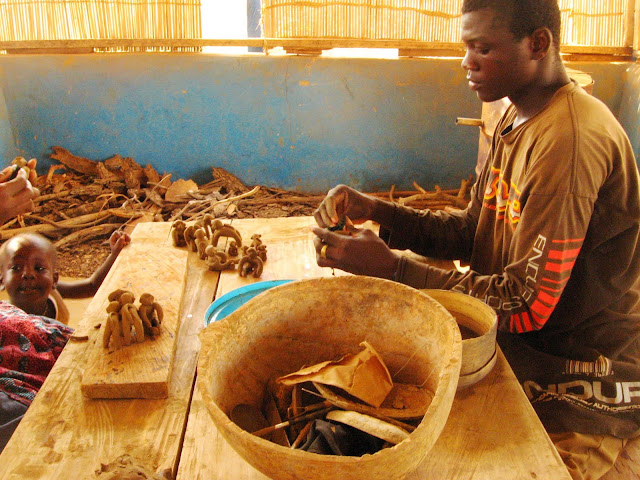 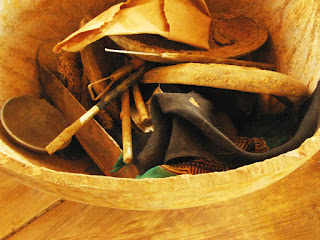 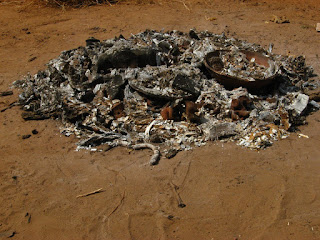 The end of a pit firing 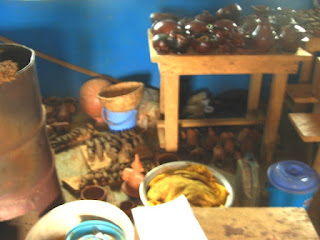 Storage in what was then my bedroom 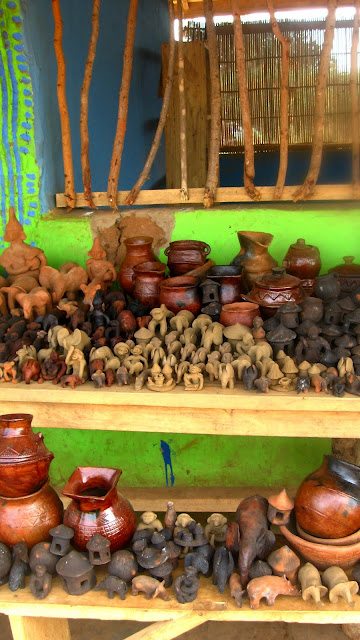 All of our work we had made to that point. This includes pots made by and from our workshop with a local potter 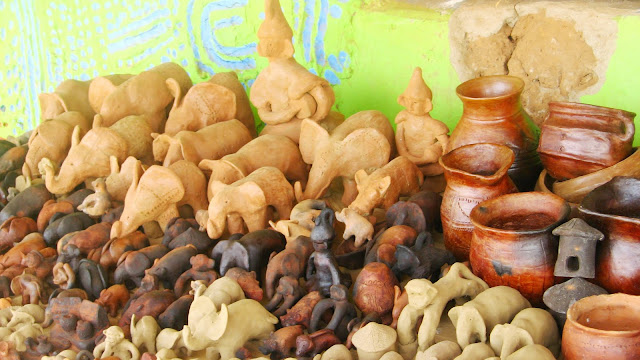 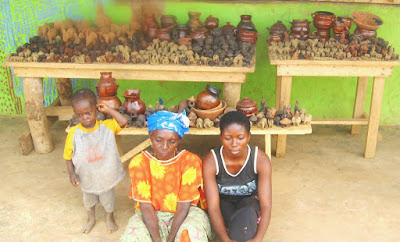 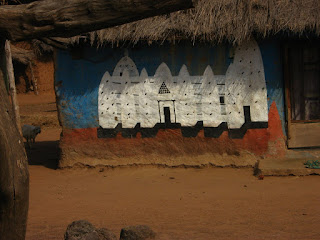 I love this picture. It is on a house that is close to the mosque. 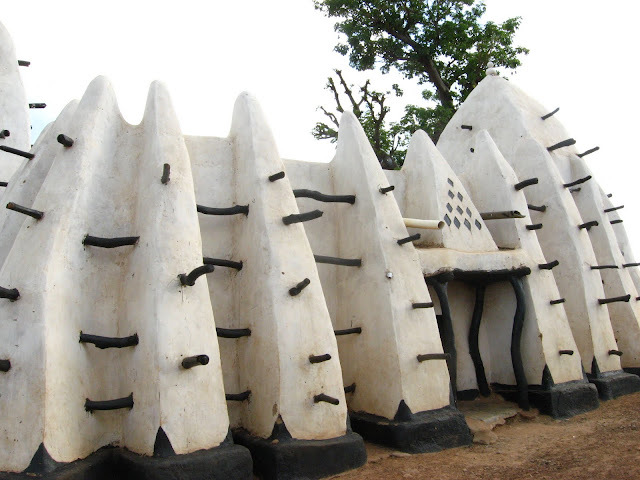 I really love the organic shapes and irregularities of the Mosque. If you are looking for pristine photos of it, just run a search, there are some great ones. I went for personality. I took the centre's potters one day here to look at it so that we could make it. Sala managed to create a fair replica. It is not possible to enter the mosque. I am told that it is very uninteresting inside. In fact they do not allow any young women inside the mosque as legend has it that any woman to enter will become barren. Some of the guys in the village told me I should convert to Islam, I told them their religion had nothing to offer my sex. (It would seem they agreed with me on that as they had nothing to reply. Of course this was an unfair religious discourse as the education was on my side and most of them do not read arabic so do not know a whole lot about their religion.) 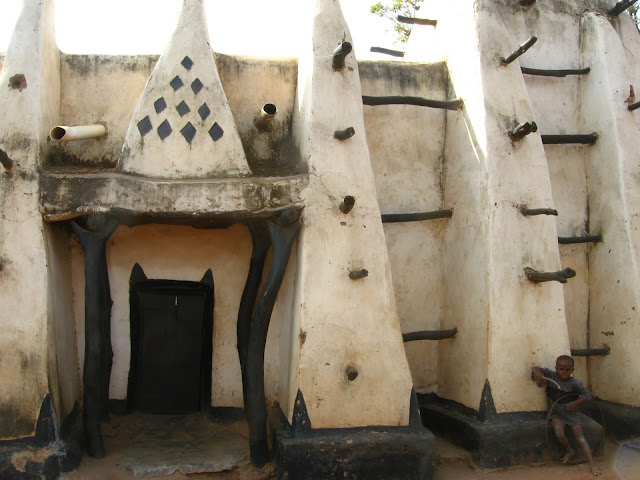