So the project started out with the desire to have a Chilean style weave where the warp divided into thinner strips and ceramic pieces were inserted into the warp itself. Below is a photo of the finished piece, which depicts what I am describing. 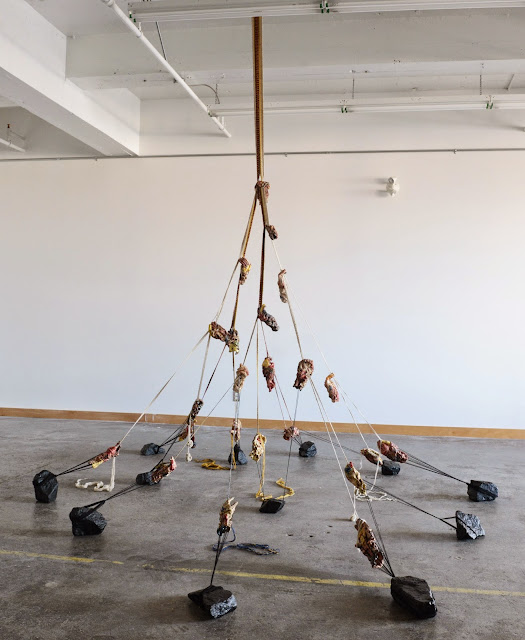 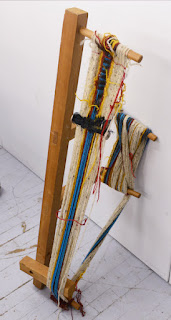 Figuring out how to achieve this was difficult. My first trial was a bit of a disaster. I thought I would try my inkle loom in a modified way, with the warp wound so that I could unwind the warp while weaving. This effort was a disaster. I had picked the yarns based on aesthetics to match the Chilean weave and they stuck like crazy. I didn't have a spinning wheel to either make or modify yarns to be tighter and work better. I realized I was going to need a real reed (& different yarns) so I may as well use my floor loom..........with some modifications 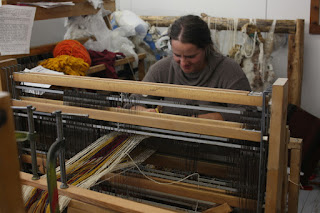 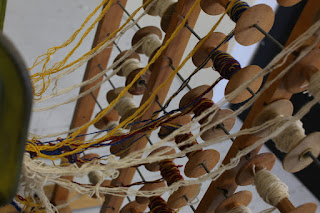 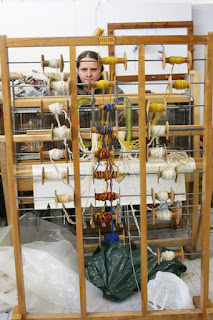 I ended up threading the harnesses and reed of my floor loom. I used some wood and vice grips over my warp along the back beam to keep the tension. The rest of my warp was on spools on a rack. As the set was incorrect to have a proper warp-faced spacing, the reed was used only to keep all the threads in place and untangled, but not as a beater.   The first two ceramic hands I inserted into the warp by un-threading and re-threading my floor loom. Logic-wise this system is crazy--but it made me realize that there is something in the performative process that I enjoy. 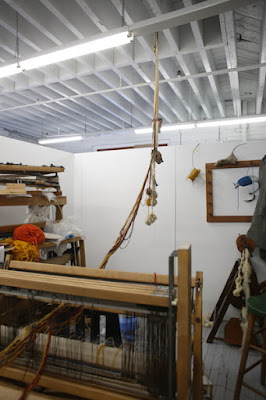 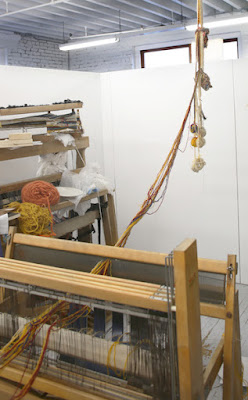 After the first two hands, I ended up hanging the piece from the ceiling with a new viceloom. The viceloom is a loom of my own invention, with the acknowledged caveat that someone else has likely made one at some point or other. 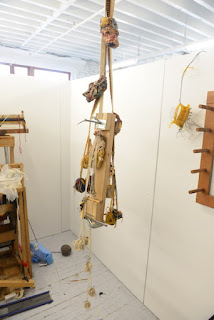 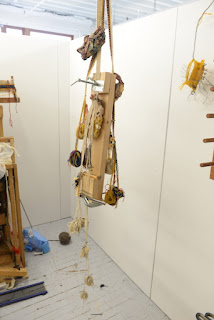 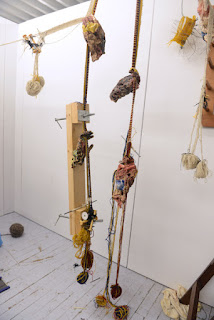