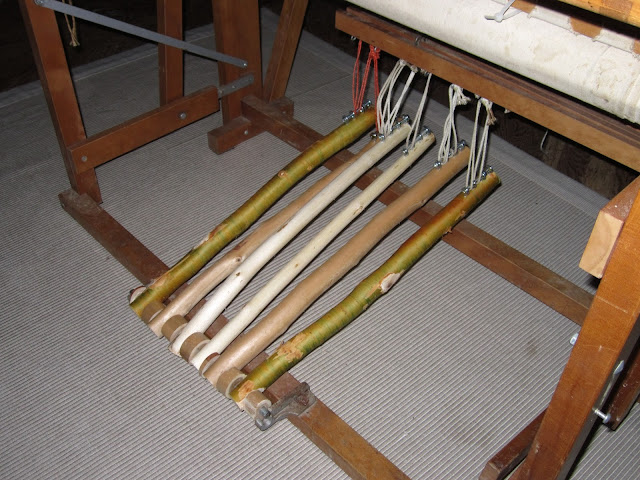 I picked up a twin to my loom an Artistat Leclerc in the alley with a little help from a friend of a friend's facebook post, who saw it while walking by. The only problem other then a little rust was that it was missing the peddles. As I have two of these, it wasn't a huge problem as I could simply switch over. I took one up to my family cabin, forgetting the lack of pedals. 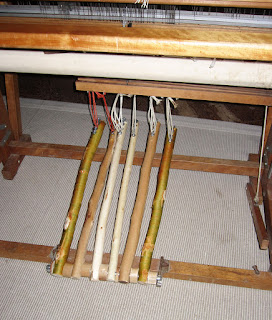 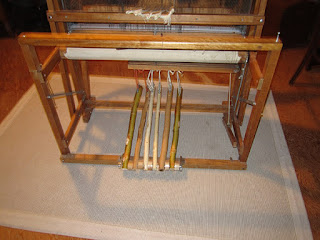