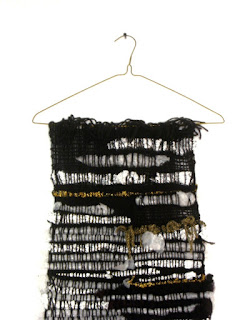 black wool, rusty metal Series
I see weaving as a possibility for a marriage, a dialectic, a union. The coming to together of separate entities, where they form one whole, but the seperate parts are what make the beauty.  In weaving there is poetry, the weft and the warp, no knots or glue, become one on the strength of their connection.  For this series, I decided to explore the possibility of dialectics by using traditional and non-traditional weaving material. The warps are all made of yarn, wools, cottons, natural or blended natural materials. The other materials, industrial or domestic are not soft or sensual. Some of them form part of the warp, some are imbedded into the weave, while others are attached onto the weave.

This series is very much about dialectics. The texture and joining of the two materials, how metal or perhaps bubble wrap can aesthetically speak with yarn, with each other, against each other. In some of the pieces, such as Domesticated? or Silver and Gold, the metal becomes softened, and sensualized, it starts taking on some of the properties of textiles. In other pieces, the opposite effect happens; In Man Scarf the tweed becomes masculine, sterilized, industrialized and rigid. I am very much interested in the dialogue that happens with the different materials. Some pieces have two or three other materials than the standard yarn, others just one.
Some deal with the aspect of time as motion, using parts that are normally in motion such as cogs, that are then ensconced into the motion of the weave, which, when it stops leaves them motionless. They all have dialog in time as history, the history of the material and the effect on the world. My piece, Thinking, has the most overt and traditional historical background; Crafts, in particular textiles, was the original start to industrialization, which is represented in the large gears. Silver and Gold deals with a more recent history, made up of metal dish scrub brushes, tinfoil, upholstery fringe, bubblewrap, and wool; it deals with today’s domestication servant, to housewife to double income families always in a rush; it speaks of today’s throwaway society and the wool is almost the exotic element.
My series also involves gender. All of the materials in the work can either be viewed as masculine or feminine. Some of them form a struggle, some irony, most  have some subversion in them. By far the one dealing most with gender is Man Scarf. It is a black scarf-sized pieces of wool covered with the female 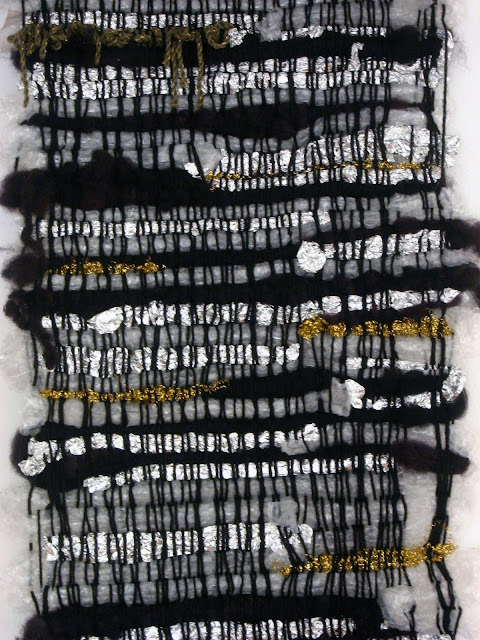 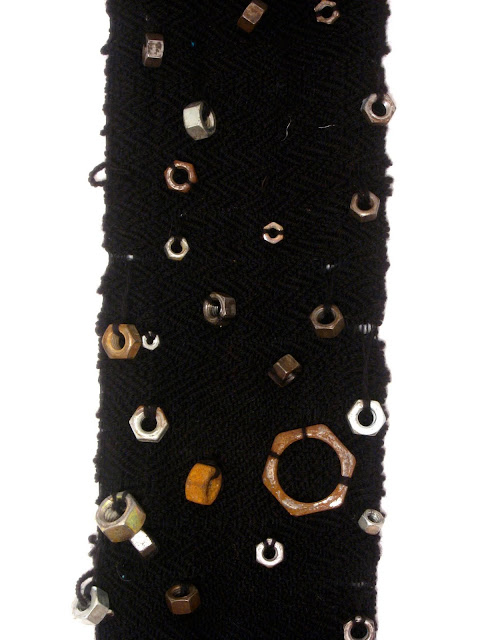 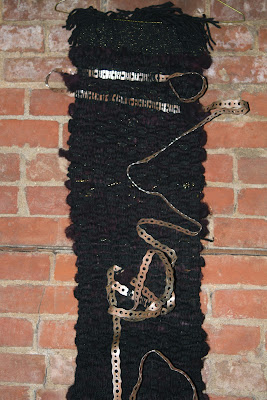 It uses plumber's tape to carry and move the narrative 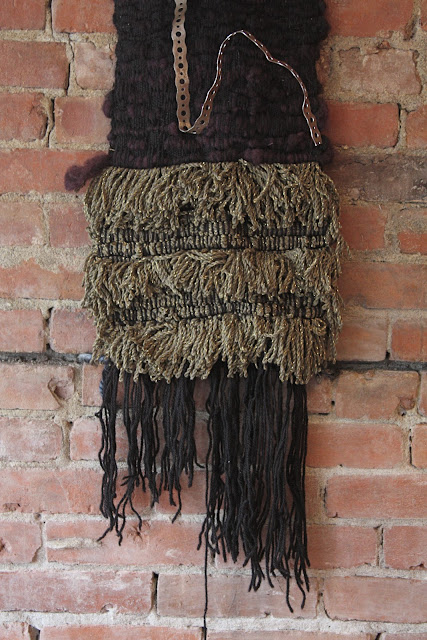 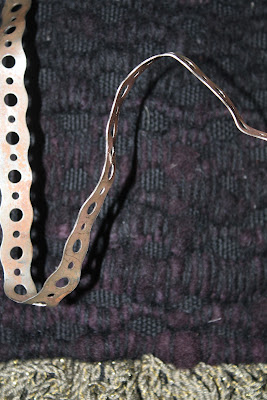 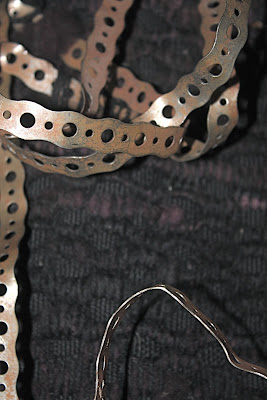 The weave structure is honeycomb and the weft unspun wool 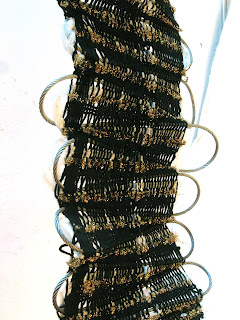 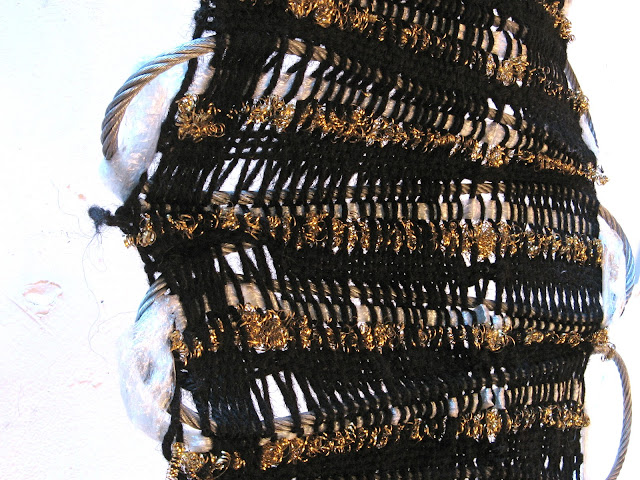 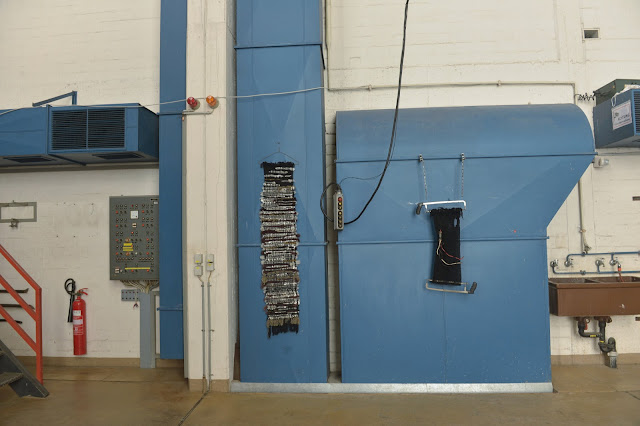 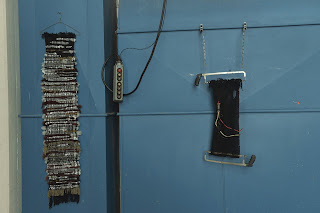 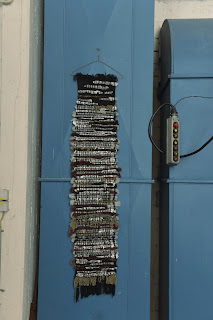 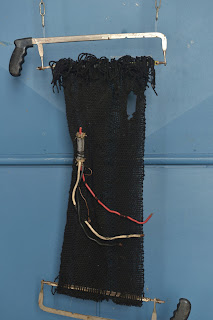 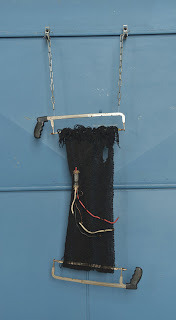